“A healing technique based on the principle that the therapist can channel energy into the patient by means of touch, to activate the natural healing processes of the patient’s body and restore physical and emotional well-being” – Oxford English dictionary

It is, however, also widely accepted that Reiki can be given and received equally effectively without touch, or via distant healing. The Japanese word ‘Reiki’ literally translates as universal life force energy. This system of healing was developed by Mikao Usui the early 20th century. It is a non-invasive complementary therapy that has been taught and used in the UK since the late 1900s, but Eastern medicine has for thousands of years worked with this energy, recognising its flow through all living things. Reiki supports orthodox medicine or can be used alone but is not a replacement for traditional medication or treatments. It is not based on any belief, faith or suggestion, yet, scientific research using quantum physics is starting to help us to understand how reiki may work to benefit the individual. It has been suggested that in years to come it may be known as energy medicine based on scientifically measurable energy emitted from the healer’s hands.

Reiki is given fully clothed in a quiet environment and is safe for adults, children, mothers–to–be, babies and animals. However in the case of animals with health issues, owners should confirm that the animal has been seen by a veterinary surgeon to obtain a diagnosis. Reiki practitioners must not diagnose the health problem.

Reiki is often referred to as an intelligent form of healing. It is suggested that this and similar energy therapies may be valuable in the prevention and remission of some serious diseases that are so costly in terms of human suffering and likely to be more expensive to health care in the future. 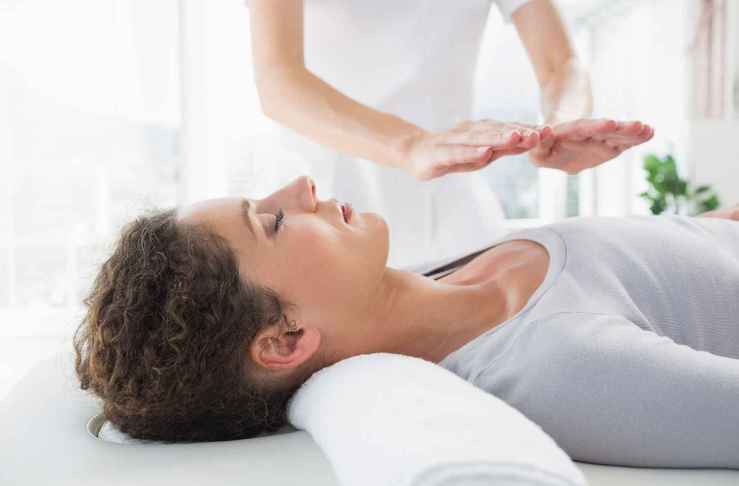 Illness can be a time of great stress. Reiki can help us cope by encouraging relaxation and bringing balance to both mind and emotions. Benefits reported by clients of the UK Reiki Federation’s practitioner members include deep relaxation, promoting a calm, peaceful sense of wellbeing on all levels.

Reiki’s gentle energy is easily adapted to most medical conditions and may be used safely by people of all ages, including pregnant mothers, the new-born, surgical patients, the frail and the elderly, in any situation.